How to deal with Unfinished Projects

This is a personal post, something I have been trying to tackle for a long time. I am in the process of getting rid of stuff and saying goodbye to THINGS. Stuff that I don’t want any more. Stuff that doesn’t work any more. Stuff that I’m just tired of looking at. Stuff that other people have given me that just isn’t useful to me or even my taste. Stuff that just doesn’t make sense to own any more. I plan on going through every drawer, shelf, nook and cranny. I decided a good place to start was in my craft closet (you know the one, the guest room closet that is crammed from top to bottom with crafty goodness because my formal living room turned studio is not big enough). I was able to gather one whole Trader Joe’s paper grocery bags worth. Woo hoo. Can you hear the sarcasm or do I need to start adding ridiculous emoji. (don’t get me started on emoji) I was hoping to downsize the whole contents of my house by one quarter, too ambitious?

So as I was going through my crafty items I came across a bag of UFOs. In the knitting universe, that means “UnFinished Objects”. I had four projects in a rather nice bag taking up about 10 inches on my knitting shelf. I decided it was time to reclaim that yarn and that 10 inches on my shelf. I also gained back a few circular needles and the last missing needle tips from a set that I want to get rid of and just didn’t have the heart to pass it along until it was complete. The yarn went into my hanging yarn organizer (just a shoe rack that hangs from the closet rod). I put the project pages into my project binder. The separate pieces that made up that bag of UFOs were put away where they belong, so they didn’t take up any additional space. The ‘before’ doesn’t look much different than the ‘after’ but I will consider it a small victory.

Some of those projects had been sitting there close to a decade. Sad I know. But why hadn’t I reclaimed the yarn sooner? I think I didn’t want to ‘waste’ the time I had already put into the knitting. Perhaps I didn’t want to admit that I was defeated by yarn and a pattern. Maybe I didn’t want to take the time to undo them. They might have been boring projects that didn’t inspire me. I really don’t know the reason but I will tell you that it was a relief to clear that 10 inches of space.

I don’t regret or miss anything that I have taken out of my home so far (or ever now that I think of it), yet just thinking about getting rid of that much stuff would have sent me into a tizzy not too long ago. I want a simpler life. I want to reach into the closet for a bag and not have a dozen baseball caps fall on me. Our house isn’t that bad compared to some I’m sure, but I know we could do with a lot less. And be much happier after all the excess is gone. Now if I can get my children on board that would be a miracle! My daughter just the other day said that she has too much stuff! I should have struck while the iron was hot but we had to go somewhere and I’m almost certain if I asked her about it she would deny she ever said it!

Getting rid of things can be easy for some, a pain in the rear time wise for others or sometimes just outright impossible. Humans can have emotional attachments to things. I know my memory isn’t great so ‘stuff’ will help me remember good times.

And then there are times when you lose someone special and the things they loved or owned have new meaning. People cope in different ways. Just to share a little background with you on this last picture. My Mom looooooooooves animals, sometimes I think she loves them more than her human offspring, and takes it hard when one of her pets passes away. She recently lost her favorite bird due to some medical issues, long before anyone would have ever thought she would pass.

When I was growing up my Mom was very protective and extremely safety conscious. I wasn’t allowed to write on my hand with pen for fear of the chemicals in the ink. Completely understandable, right? Until I get a call from my brother asking if I had seen my Moms new bird. I quietly swore to myself as he texted a pic of the new bird, thinking “oh no, not another mouth to feed”. (She has multiple large birds, two dogs and a horse and perhaps other creatures I haven’t been made aware of their existence.) And then I swore some more, not because I was mad but in disbelief! Look at THIS!

She now has a permanent reminder of her sweet bird, Pique, a sulfur crested cockatoo, on her arm where she can see her all the time. The tattoo helped her get over her loss and move on. And I think she is very brave for getting that tattoo. She was able to get over her safety consciousness that would have held her back normally, not to mention the pain factor. She never had anything against tattoos, we just weren’t allowed to even think about getting one, EVER. It was her saying goodbye to her beloved bird and letting her go. I did get permission from my Mom before posting a picture of a pretty personal story.

It sometimes seems like we are getting rid of either the memories of a loved one or the memories of a special time period when we get rid of the associated items. True. But I want to make more of those memories, even if I forget them I want them to be there for my children and also just to enjoy my life! Not having to deal with material things will help make more time and energy available for living that life!  Next post will be craft related, promise, no heavy posts back to back!

Questions? Comments? Does this sound familiar to any of you? 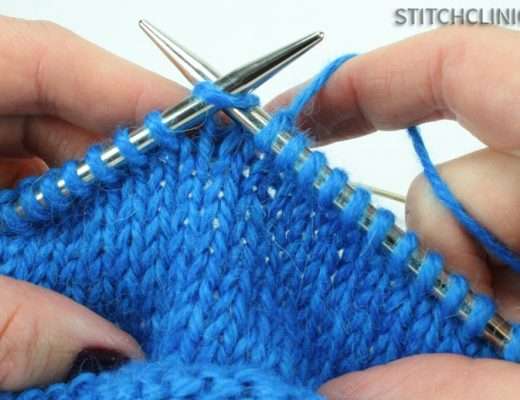 How to Knit the Stockinette Stitch 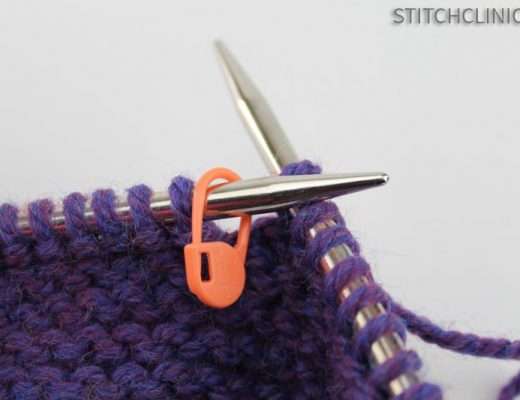 How to Use Stitch Markers in Knitting 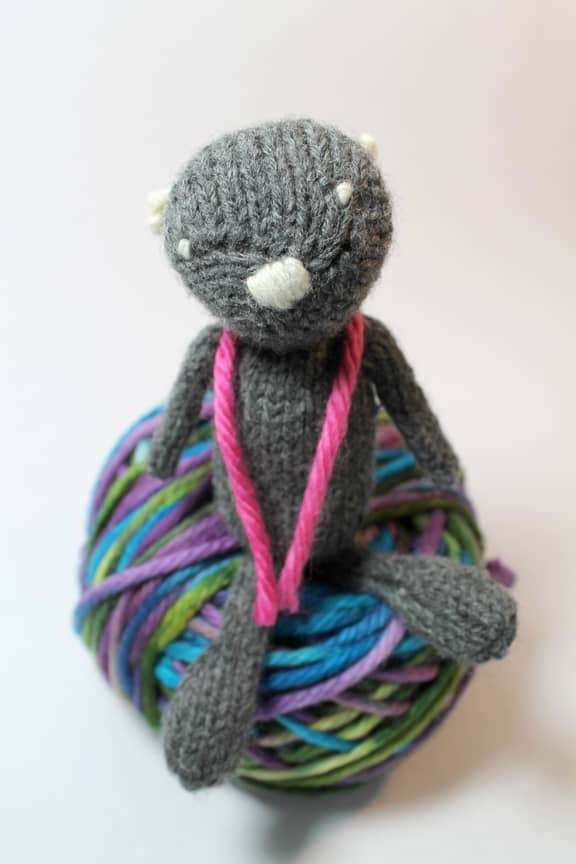 Recognize Knitting Stitches, is it a Knit or a Purl?

You can find out more about which cookies we are using or switch them off in settings.

This website uses cookies so that we can provide you with the best user experience possible. Cookie information is stored in your browser and performs functions such as recognising you when you return to our website and helping our team to understand which sections of the website you find most interesting and useful.

Strictly Necessary Cookie should be enabled at all times so that we can save your preferences for cookie settings.

If you disable this cookie, we will not be able to save your preferences. This means that every time you visit this website you will need to enable or disable cookies again.